Hyperthyroidism alternative healing for the restless, anxious and overwhelmed 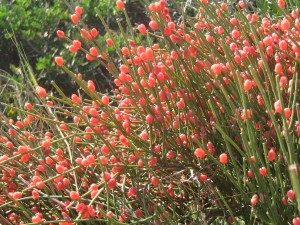 There is a simple scientific explanation of this phenomenon which includes our sympathetic and parasympathetic nervous system. Sympathetic nervous system is responsible for Charging and Expression, and Parasympathetic Nervous system is responsible for Winding Down and Rest. This is called Vasomotoric Circle and is first discovered by the Norwegian psychologist Gerda Boysen.  In the past the first was used usually to describe the “fight or flight” response, but today we simply use it for “hurry and worry”. In a few words when we experience excessive levels of stress–whether from internal worry or external circumstance–a bodily reaction is triggered, called the “fight or flight” (hurry and worry) response.

Originally discovered by the Harvard physiologist Walter Cannon, this response is hard-wired into our brains and represents a genetic wisdom designed to protect us from bodily harm. This response actually corresponds to an area of our brain called the hypothalamus, which, when stimulated, initiates a sequence of nerve cell firing and chemical release that prepares our body for running or fighting. In many people diagnosed with hyperthyroidism this area- the sympathetic nervous system is actually overloaded. We never make it to the other cycle, winding down and rest. And we need something that will bring us to the equilibrium and harmony, with which we are initially born. 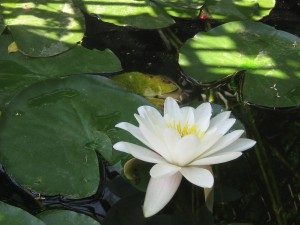 As we are speaking about hyperthyroidism alternative healing, there are a few exercises that I usually suggest, especially if you are feeling restless, too energized or too “charged”, that may bring you closer to the “winding and resting cycle”. I know how impossible is at this point to just sit and meditate, which will be the best scenario. However, there are other things that can be done to “slow” you down and keep you in the reality:

Have you ever watched kids
On a merry-go-round?
Or listened to the rain
Slapping on the ground?
Ever followed a
butterfly’s erratic flight?
Or gazed at the sun into the
fading night?

You better slow down.
Don’t dance so fast.
Time is short.
The music won’t last.

Do you run through each day
On the fly?
When you ask: “How are you?”
Do you hear the reply?
When the day is done
Do you lie in your bed

With the next hundred chores
Running through your head?

Ever told your child,
We’ll do it tomorrow?
And in your haste,
Not see his sorrow?
Ever lost touch,
Let a good friendship die
Cause you never had time
To call and say, ‘Hi’

When you run so fast to get somewhere
You miss half the fun of getting there.
When you worry and hurry
through your day,
It is like an unopened gift….
Thrown away.

Life is not a race.
Do take it slower
Hear the music
Before the song is over.

That’s for now from me. For more relaxation techniques, check here: