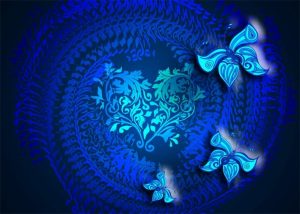 Have you ever heard of Hamburger Thyrotoxicosis?  Can your Burgers become a Thyroid Danger? Is it possible that your hyperthyroidism is caused by eating hamburgers?

Canadian researchers looked at recurrent episodes of transient thyrotoxicosis (severe hyperthyroid episodes) that went on over in a 61 year old woman. They found rapid weight loss, palpitations, increased sweating, a heart rate of 112 beats/minute and tremor in her hands. She was diagnosed as hyperthyroid which was confirmed by an free elevated T4 level of 46 [normal range 9 to 23] and low thyroid-stimulating hormone TSH of 0.02. Within 8 weeks, her symptoms went away on their own, and her free T4 returned to normal.

This was the woman’s fifth 2-3 month long episode of transient hyperthyroidism over an 11-year period. She did not have thyroid antibodies, so her physicians were puzzled. They questioned the woman about use of herbal supplements or thyroid supplements in some form, but she denied taking anything similar.

So what causes thyrotoxicosis?

The mystery was solved, however, when additional questioning into the woman’s dietary history showed that she lived on a farm with her husband. Every few years, they slaughtered a cow from their herd, which was their main source of meat. After discussions with the couple’s butcher, it was discovered that he did now know about the prohibition against what’s called “gullet trimming.” (In gullet trimming, muscles from the bovine larynx are harvested, and can include thyroid tissue.)

The butcher was using meat from the neck of the patient’s cows to make patties, which were usually consumed by the woman within a couple of months of butchering. Her husband did not suffer any thyroid problems, as he preferred other cuts of meat and didn’t eat the patties.

Interestingly, community-wide outbreaks of thyrotoxicosis were caused by eating cow thyroid in ground beef in Minnesota, South Dakota and Iowa in 1984 and 1985. These outbreaks resulted in the prohibition of gullet trimming in all plants that slaughter cattle and pigs. When inexplicable thyrotoxicosis occurs, the possibility of exposure to animal thyroid, via access to meat from slaughtered farm animals or hunting game should be considered.

Thyroid hormones are orally active, which means that consumption of thyroid gland tissue can cause thyrotoxicosis, a type of hyperthyroidism. Several outbreaks of thyrotoxicosis have been attributed to a practice, now banned in the US, called “gullet trimming”, where meat in the neck region of slaughtered animals is ground into hamburger. Because thyroid glands are reddish in color and located in the neck, it’s not unusual for gullet trimmers to get thyroid glands into hamburger or sausage. People, and presumably pets, that eat such hamburger can get dose of thyroid hormone sufficient to induce disease.

A report by Hedberg and colleagues (1987) on this topic is one of several in the literature. They described an outbreak of thyrotoxicosis in Minnesota and South Dakota that was traced to thyroid-contaminated hamburger. A total of 121 cases were identified in nine counties, with the highest incidence in the county having the offending slaughter plant. The patients complained of sleeplessness, nervousness, headache, fatigue, excessive sweating and weight loss. For patients with features suggestive of silent thyroiditis, health care providers should consider this cause of hyperthyroidism, especially for anyone who may be slaughtering farm animals for their own use and for hunters who may be gullet trimming game.

Bottom line- watch out what you eat, because this can cause you Hyperthyroidism as well!